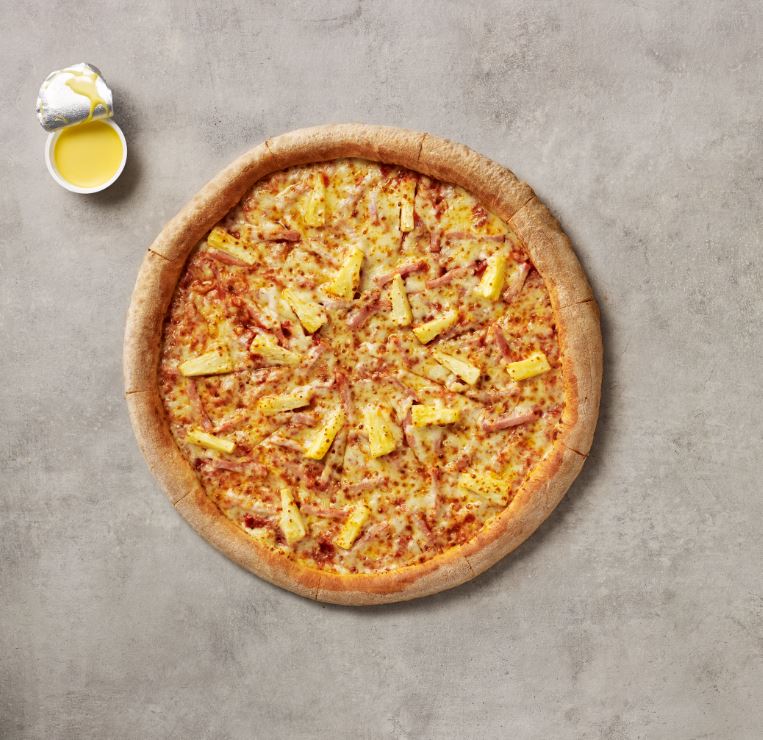 When it comes to pizza, there’s one topping that always proves controversial: pineapple. Arguments have erupted over it, friendships fragmented over it, countries have gone to war to defend it…ok, maybe not quite the last one, unless you count a passionate Twitter spat. It is literally the Marmite of the pizza world. Despite the friction that it might create, we’re kicking up the embers of the debate with seven reasons why we think you should be #ProPineapple.

1. Justin Trudeau is a fan

The ham and pineapple pizza is widely accepted as being a Canadian invention – locals claim that it was invented in 1962 at the Satellite Restaurant in Chatham, Ontario. The (very dishy) Canadian prime minister certainly rates the slice, recently tweeting:

@JonWiseman I have a pineapple. I have a pizza. And I stand behind this delicious Southwestern Ontario creation. #TeamPineapple @Canada

How could you argue with Justin Trudeau? We love Pineapple as much as he does!

Not just a tasty addition to your slice, the pineapple also supports the immune system, bone strength, eye health, good digestion and has some impressive anti-inflammatory effects too. Combined with tomatoes and cheese it’s the perfect balance of sweet, salt and tang.

3. It’s not JUST about the Ham’n’ Pineapple combo

If the traditional Hawaiian combo puts you off then you should know that the pineapple as a pizza topping has evolved. Take, for example, our Chicken Pizza , which combines pineapple with chicken, red and green peppers, water chestnuts and onions. An oriental taste sensation (without a ham slice in !)

Look, we’re not suggesting that a pineapple pizza is going to take you on a whirlwind 5* holiday to Hawaii, but hang with us here.

There is no other pizza topping that delivers the same dose of juicy, sunshine flavour. Sit back, stretch out and feel those summer vibes wash over you with every sensationally, sunny bite.

5. Can we just get some perspective here?

It’s not like we currently live in a world where pizza options are limited to cheese and tomato. If kale, blackberries, cashews and kangaroo (really) are now deemed acceptable pizza toppings then, what’s all the fuss about adding a firm fruit favourite, pineapple?

For those (so called) friends that tell you there’s no way they’d share a pizza with #ProPineapple’ers, can we just remind you of create your own or Two for Tuesdays? Everyone’s a winner!

6. And on the note of friendship…

In many cultures the pineapple is a sign of friendship, hospitality and welcome. So technically, there is no better-intentioned fruit out there to connect over than a pineapple topped pizza.

(If your WhatsApp group still isn’t digging the #ProPineapple vibes, refer to point 5!)

We’re not debating that Mr Ramsay doesn’t know a thing or two when it comes to creating taste sensations in the kitchen, however he’s made his thoughts pretty clear on which side of the debate he falls on. Hint: he’s not a fan.

Pineapple does not go on top of pizza….. https://t.co/lhD6aliOV8

Although we’re respectful of his (wrong, just plain wrong) opinion we can’t help but smile at his passion and enthusiasm for being such an anti-pineapple fan. We still don’t agree with him though, so let’s spark an uprising!

Given the disparaging comments about the pineapple as a pizza topping, we’re wondering if a National Pineapple Pizza Day is in order?

To pledge your support (or lack off) for the #ProPineapple movement, head on over to our Twitter poll here and let us know which side you take. We want to hear your thoughts on the #ProPineapple debate, so get creative and you might be in with a chance of winning a free pizza!

Here at PapaJohns HQ we’re #ProPineapple, but are you? 🍍 🍕 Hands up who thinks #NationalPineapplePizzaDay should be instated in 2018? 📅

And for those who simply can’t wait and find themselves craving for a delicious slice you can order now!