The highest-scoring team ever would’ve won you half price pizza all season. Unbelievable!

There are few things better than pizza and football and that’s why we’re bringing back Score Twice Half Price! Whether your team is fighting off relegation, pushing for the title, or busy nicking a surprise victory against the league’s high flyers, you could be enjoying 50% off pizza!

I wonder what Kammy would make of that… 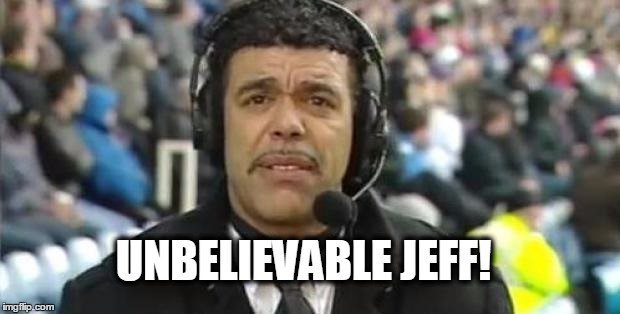 To celebrate this offer, we’ve picked out some of the most ridiculous stats from the world of football. Be sure to bring these up with your mates when you’re enjoying half price pizza later!

Between May 2009 and April 2010, AFC Aldermaston – known as the Atom Men due to their ground’s proximity to the nearby Atomic Weapons Research Facility – failed to earn a single point from 40 forlorn fixtures. Unable to pay players due to financial issues, the desperate side lost every match they played that season, conceding more than 150 goals in the process. The woeful run finally ended when they scraped a 1-1 draw with Warminster Town.

Current Leicester City defender Danny Simpson owns the unwelcome record of most appearances in the Premier League without scoring a single goal, having played in 207 games so far without breaking his duck! Mind you, he does have a Premier League winners medal to his name, which is more than can be said for some of the world’s best players who have graced the Premier League…

The big away day against your local rivals is often the first fixture fans look for at the beginning the season. But the biggest away day, in terms of literal miles, comes in the Russian Premier League.  A one-way trip for away fans spans 5,453 miles by road or a 10 hr 15-minute flight that would cost upwards of £2,000 each way, making this the ultimate test of each club’s fan credentials!

For our final titbit of football trivia, we are focusing on the team that would’ve delivered more half priced pizza than any other, the 1960-61 Peterborough United side that netted an incredible 134 league goals in a league-winning season. They averaged enough goals to supply their fans with 50% off pizza in every single match that season, a feat not even the greatest sides of the modern era can compete with.

Now, back to pizza!

For a limited time, Papa John’s is offering customers 50% off pizza if your favourite team scores two or more goals in a league match! When your team scores a goal, you get the delicious bonus of a great deal on delicious Papa John’s pizza.

The discounts are applied automatically when your team scores its second goal, whether they go on to win, lose or draw, your 50% off pizza offer remains valid, so you can either celebrate with a delicious pizza… or cheer yourself up! Just sign up here using your existing Papa John’s account, or create a new one using the link provided.

The excitement doesn’t end with a late 2-1 win for your favourite team, however. We will be running weekly big-match specials, providing key information about your team and, most importantly, letting you play against your mates! You can invite your mates to the competition, compare stats and share pizzas all in one place: https://www.papajohns.co.uk/football/.

So, whether your team is fighting at the top of the league or is battling to stay up, when they score, you save. Sign up now and good luck!

Minimum spend for delivery applies. 50% off spend of £15 or more.