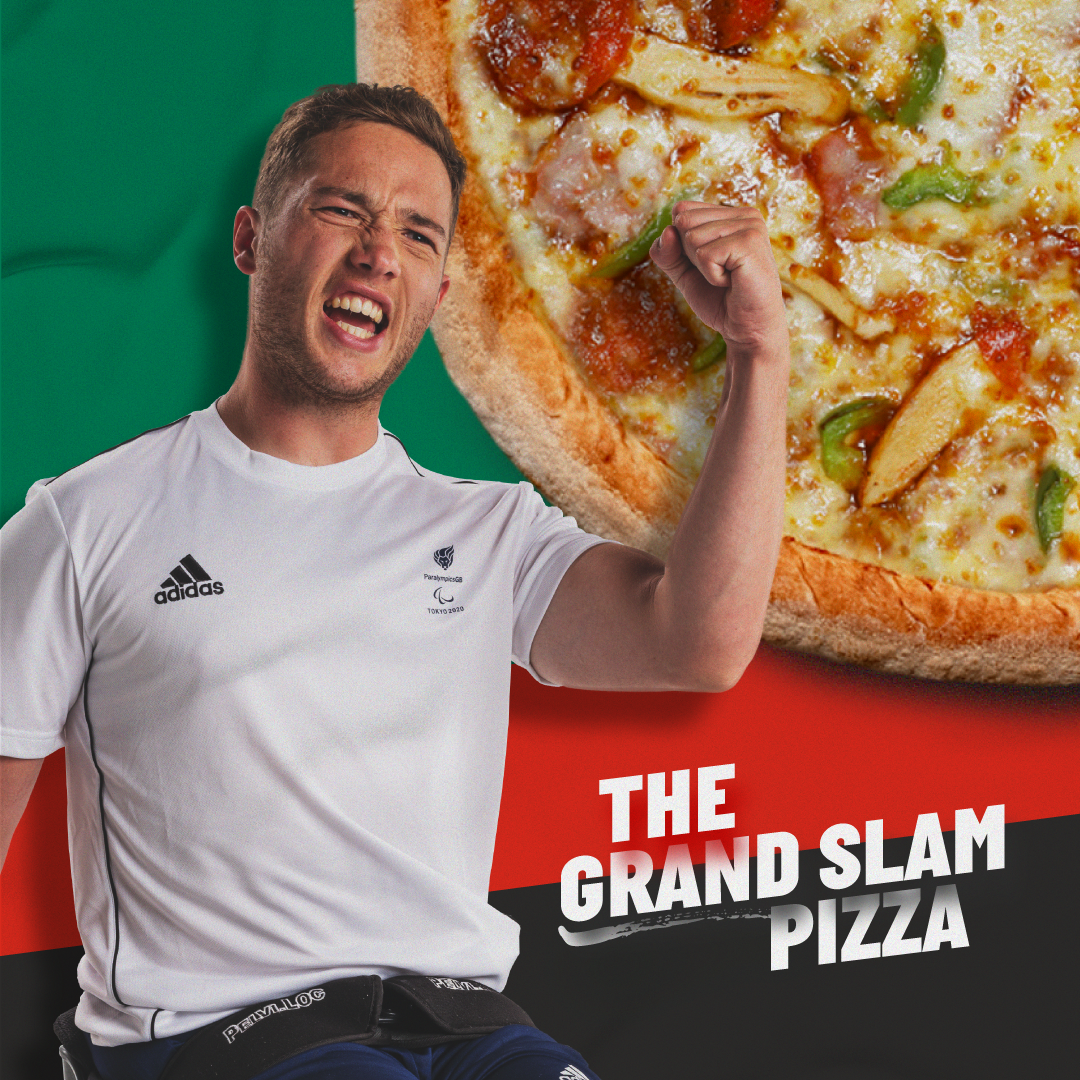 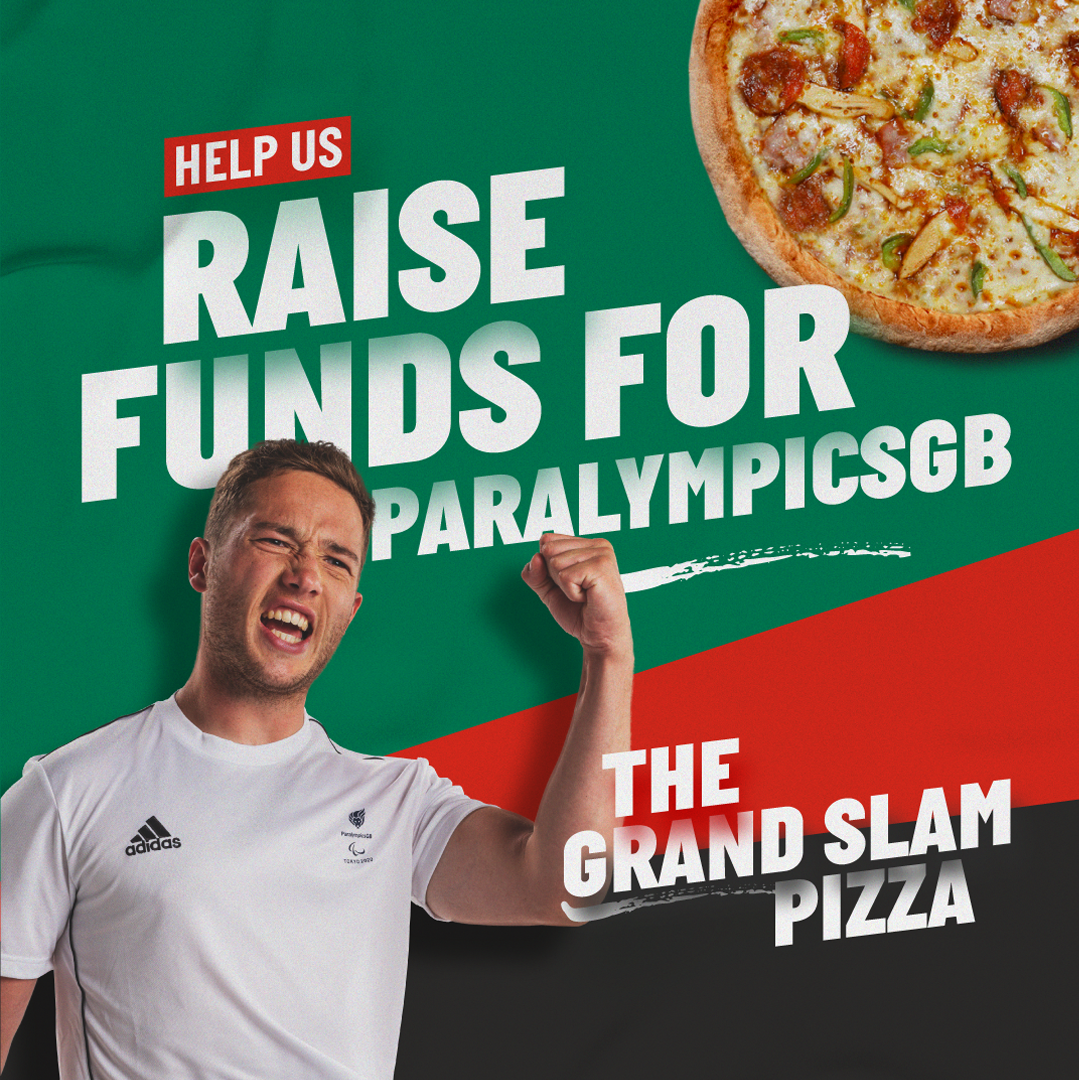 “The difference between the impossible and the possible lies in a person’s determination”. Deciding whether you want chicken or pepperoni on a pizza can sometimes feel like the impossible so we’ve made it easier for you with the help of Wimbledon and Paralympic champion Alfie Hewett.

This new delight is made using the finest, high-quality ingredients, an ethos that Papa John’s sticks to every time, and is perfect for just you or the whole family!

All on famous original crust smothered in a BBQ sauce base with fresh green peppers, sweetcorn and topped with our in house cheese blend

Settle in to watch Queens, Wimbledon and the Paralympics this summer with the Grand Slam pizza and watch Alfie and his team take home another win!

Since playing his first tournament in 2008, Alfie Hewett won the nations hearts by helping his team win victory at the World Team Cup and winning the men’s title for the very first time.

Ranked world no.1 junior for the best part of three years, Alfie made his Paralympic debut in style at the Rio 2016 games at just 18 years of age. His success helped ensure that GB’s wheelchair tennis players made their mark on the international stage.

Don’t forget, every order includes a donation to the ParalympicsGB. So what are you waiting for, get ordering now and support your team GB this summer – shop now!

You can also donate via our Virgin Money Giving page, which is available here – https://uk.virginmoneygiving.com/PapaJohns