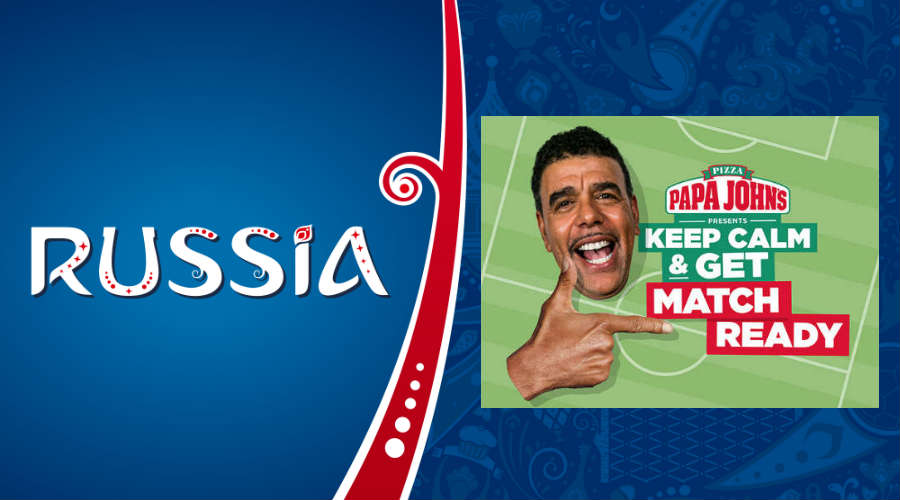 It’s been 12 long years since England last one a knock-out match at a major tournament.

The memory of defeat to minnows Iceland at Euro 2016 still feels pretty fresh, so it’d be understandable for Three Lions fans to be beside themselves with nerves ahead of the match against Colombia tonight.

You might not be able to control what happens on the pitch, but you can certainly prepare for what happens off it — so Keep Calm & Get Match Ready with Papa John’s! 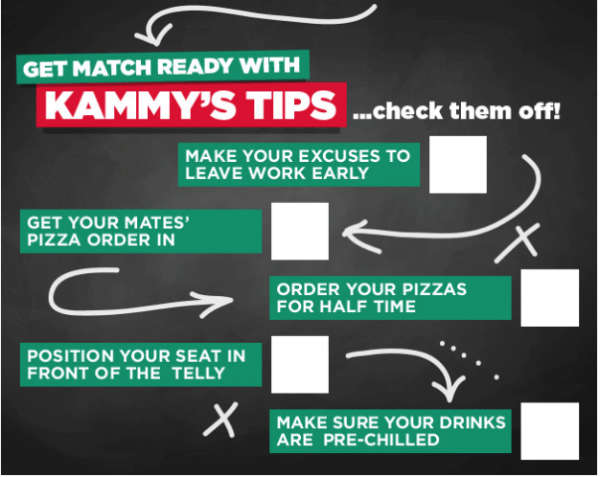 The match kicks off at 7pm tonight which should leave plenty of time to get home if you finish at 5, but in case you work later or have a long commute to negotiate, make sure you sneak off early and don’t miss a minute of the action!

The pre-match build-up starts at 6.15pm on ITV1, and we like to catch all of the analysis to really build up the anticipation ahead of the game!

Get your mates’ pizza order in

Aside from England ending up in the easier half of the draw, another great reason Gareth Southgate’s side lost to Belgium last week is that it meant their game fell on a Tuesday — meaning you and your mates can take advantage of Papa John’s Two for Tuesday deal!

Order two of our delicious pizzas — only made with the very freshest of ingredients — and get the cheapest free. Perfect to keep the nerves of you and your mates at bay! Order for half-time to make sure you’re refuelled for the second half or, God forbid, extra time and penalties.

Set yourself up with the perfect viewing spot

Finding the best place to watch the match isn’t just about being in the centre of the screen. It’s about having enough room to jump around and wildly celebrate should Harry Kane bag his sixth goal of the tournament — or flail in despair should England suffer yet another penalty shootout heartache.

Make sure you’ve got enough seats for everyone, clear everything else out of the way and sit back and (try) to enjoy!

Another reason to get home early is to get those big game beverages in the fridge early. Ordering a drinks bundle with your Papa John’s? We’ll make sure we send you a cold one!

Win or lose tonight, England have shown some real progress in this tournament, so be sure to follow Papa John’s motto this summer — Keep Calm and Kammy On. 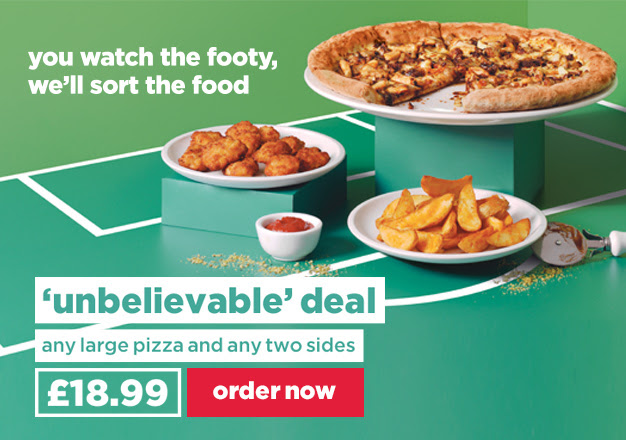