St. Patrick’s Day is here and the people at Papa John’s are absolutely hysterical! Here’s proof!

OK, so we’re excited about it. Do we need to apologise? No, of course we don’t. We do however need to let you know about a little re-brand we’re launching to celebrate one of our favourite holidays! For a short time only we will be offering 40% when you spend £25 off to users ordering from our new Paddy John’s app (iTunes) or from the Google Play Store. To redeem the offer, simply open the app and catch a falling four-leaf clover by tapping it and the code will be revealed to you! 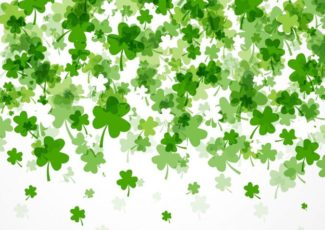 To celebrate St. Patrick’s Day and our Paddy John’s promotion, we decided to list our top three people from history named Paddy…

Pat Morita was best known for his beloved role in the Karate Kid series as legendary Karate teacher Mr. Miyagi. In 1985, Morita was nominated for the Academy Award for Best Supporting Actor for his portrayal of Mr. Miyagi in The Karate Kid and he also voiced the Emperor of China in the 1998 Disney movie Mulan.

An absolute legend of 1980s and 1990s film for his role as Mr. Miyagi, Morita gave us some of the most quotable moments in movie history including “wax on, wax off,” “sweep the leg!,” and…

Patrick Stewart is an absolute legend for so many reasons. He was, of course, Captain Piccard from Star Trek the Next Enterprise. That’s a given, and it’s cool as hell. But that’s maybe 1% of his legend. Stewart has an incredible sense of humour and his charisma is limitless. He also gave us the most famous facepalm meme of all time:

…come to think of it, the second-most famous as well! 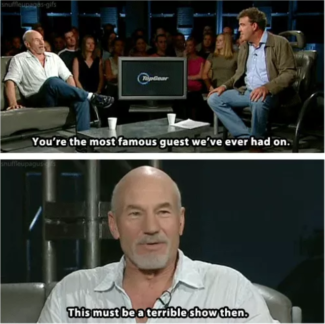 And he’s the darling of the internet. Happy St. Patrick Stewart’s Day! 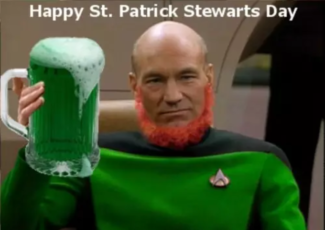 Until his untimely death in 2009, Patrick Swayze spent a lifetime entertaining us and being an all-round good egg. Most people know about his roles in movie classics like epic supernatural love story Ghost, classic romantic drama Dirty Dancing and action thriller Road House. But there’s so much more to this legend of pop culture.

As a student in the 1960s, Swayze developed a love for ballet and became an accomplished dancer, which no doubt set him up for his role in Dirty Dancing, during which he performed every scene himself.

In 1991 Swayze was named People Magazine’s “The Sexiest Man Alive.” 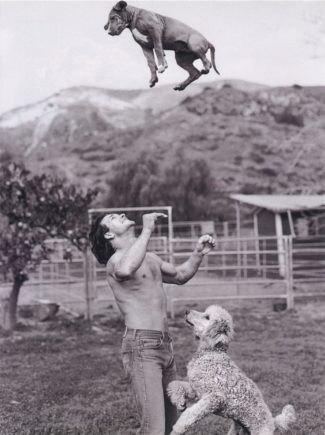 Thanks for reading. If you haven’t downloaded the Papa John’s app yet, make sure you do so you can redeem the 40% Paddy John’s offer  before it’s gone!