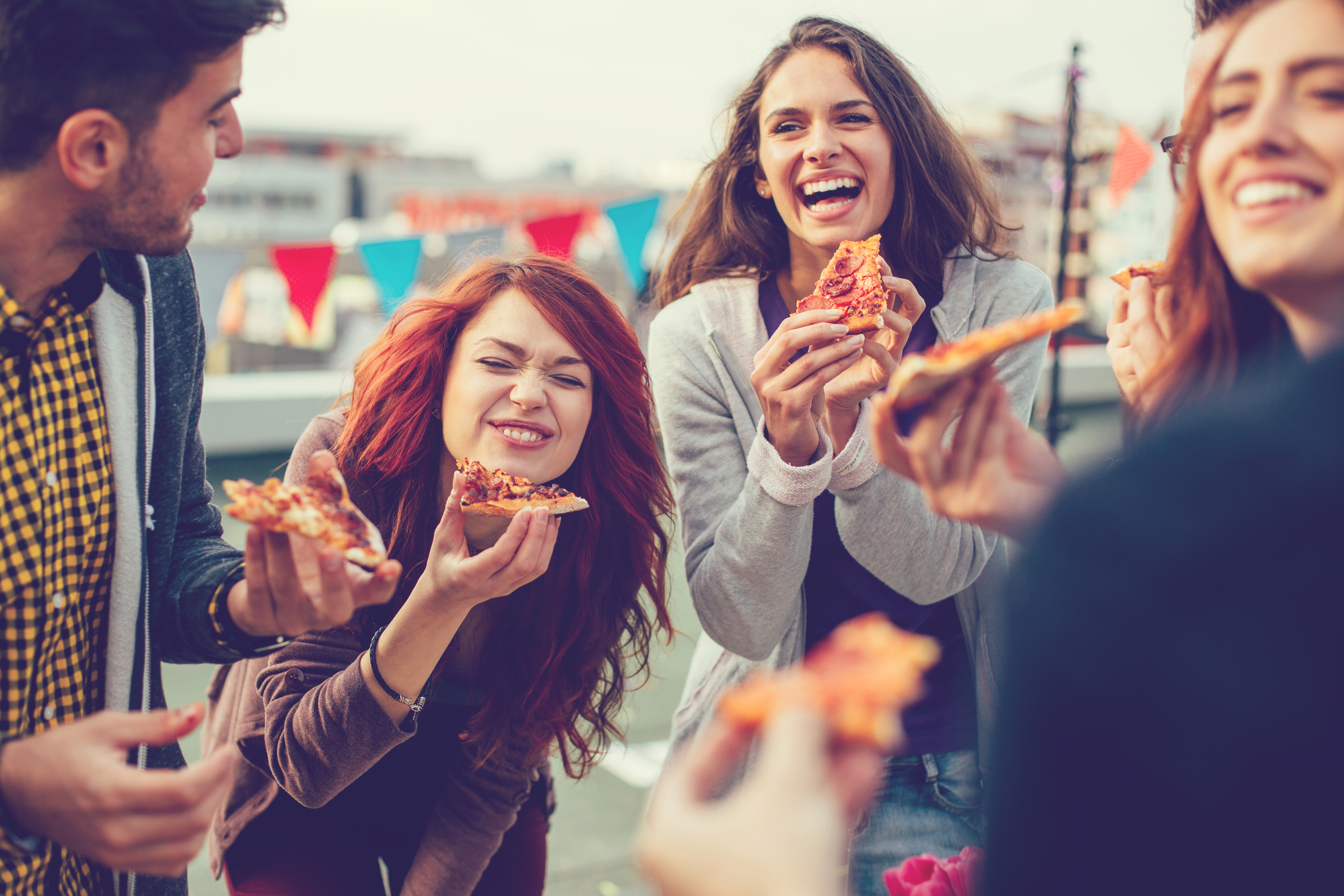 So, the time has come. You’re heading off to university & probably feeling so many emotions at once! We don’t blame you. Uni is crazy, fun, wild & exciting! But, there’s this weird stage just before you’re about to embark on your journey where you; just don’t know. You don’t know what to expect, how it’s going to be or how you will find it. Well, worry no more, Papa John’s is here to tell you 10 things to expect. Welcome to the roller-coaster that is university life.

You’re going to be super keen. Like super, super keen to sign up to every single club & initiative available at your uni. You don’t know why you sign up, but you do! Next thing you know, you’re bombarded with emails, notification & commitments. Commitments (over time) you’ll fail to keep. Likely, you’ll end the student year having attended 5 meetings out the 200 asked of you.

Hate to break it to you, but your student ID card is going to be ugly. This is not a personal attack; it is the way of student life. Its one of the unwritten rules of being a student: one must have an absolutely awful student ID picture. Did you even go to uni if you don’t have a horrendous ID picture?

Brace yourself for the awkward icebreakers. The first few weeks are full of icebreakers & get to know people initiatives. Don’t underestimate prepping for this. The last thing you want to happen is to say something painfully awkward when asked about yourself. People won’t forget & it will stay with you for years. You’ll be known as that person that something weird.

University encourages this amazing thing called independence. This independence will require you to actually cook for yourself. No more yummy cooked meals from mum & dad. Because uni is a rather hectic, expect takeaways to be your main source of food. Good thing Papa John’s got a lot of student-friendly deals for you. From any large pizza for £9.99 to a small pizza & drink for £4.99. Papa John’s has your back! If you’re going to do the takeaway lifestyle, do it right with Papa John’s.

Is University Worth It?

While uni is amazing, it’s also so so, so, so, expensive. Expect yourself to be constantly asking yourself: “£9k a year for this?”. This question tends to pop up a lot. E.g. when your lecture reads from PowerPoint slide with minimal to no further input. Yes, you are paying £9k a year to watch a man/women read from a PowerPoint slide. The very same PowerPoint slide you can read to yourself with your own eyes. It’s painful.

Group projects are going to be a testing time for you. Expect nothing but unread messages, lack of accountability & 100% of the work load. People like doing this thing in group projects where they just forget how to do work. It’s kinda laughable, kinda painful.

You’re going to drag yourself to the campus library because you’re a good, A* student who works hard. But, you will do everything in the library expect work. The library is seen as a place that will “free you” of “all distractions.” This is lies, you will flick between Twitter, Facebook & YouTube. Listen to music for hours & do nothing but socialise. Don’t worry, though, it’s the thought that counts!

The Dreaded 9AM Lecture

You’re likely thinking: “what? 9AM lectures aren’t that early”. My friend, your bed has other plans for you. Dragging yourself out of the warm abyss of your bed for a 9AM lecture is going to be one of the great challenges of your university experience.

This is probably one of the most surprising. You’re going to be stressing over the format of your email to your lecturer. You’ll make sure it’s this well punctuated, correctly spelled & might even throw a ‘Kind Regards’ in there to really show you’re a professional adult student. You will do all of this to get a one-word response, finished with: ‘Sent From My iPhone.’

Expect your camera roll to consist of nothing but failed selfies, random pics from drunken nights out & notes. A whole load of notes. Your phone will become your official mini note taker. You’ll have a perfectly fine & adequate notebook, just dying to be written in. “Please bless with your pen!!” is what your notebook would say if it could talk.

Yay! Now that you’ve read this; you’re equipped for university & probably extremely hungry. Good thing a delicious Papa John’s pizza is only a few clicks away! Try The Mexican for some spice goodness or go with the classic but yummy Cheese & Tomato. Don’t forget to add our new mouth-watering Cinnamon Scrolls! These alone will get you through university. Click here to order from your local store.