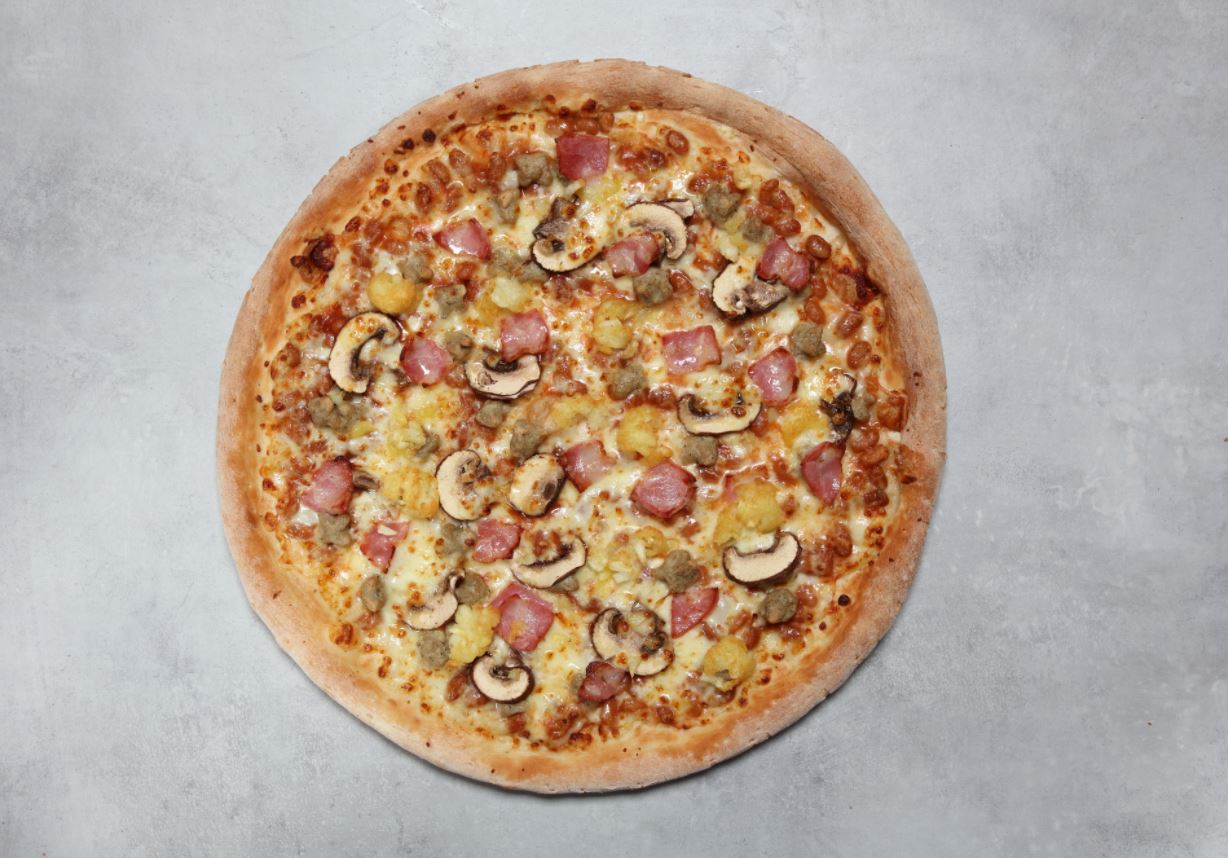 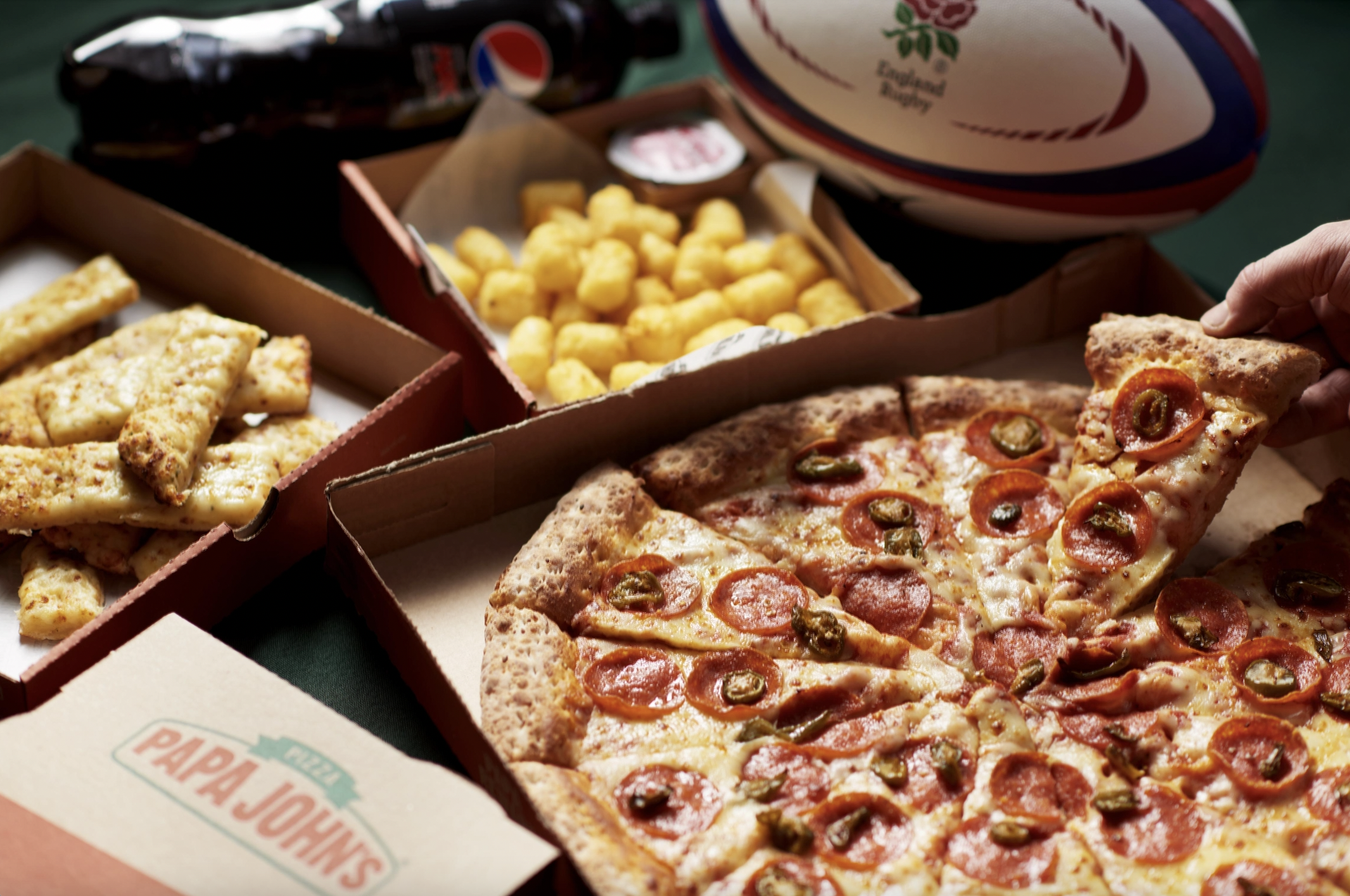 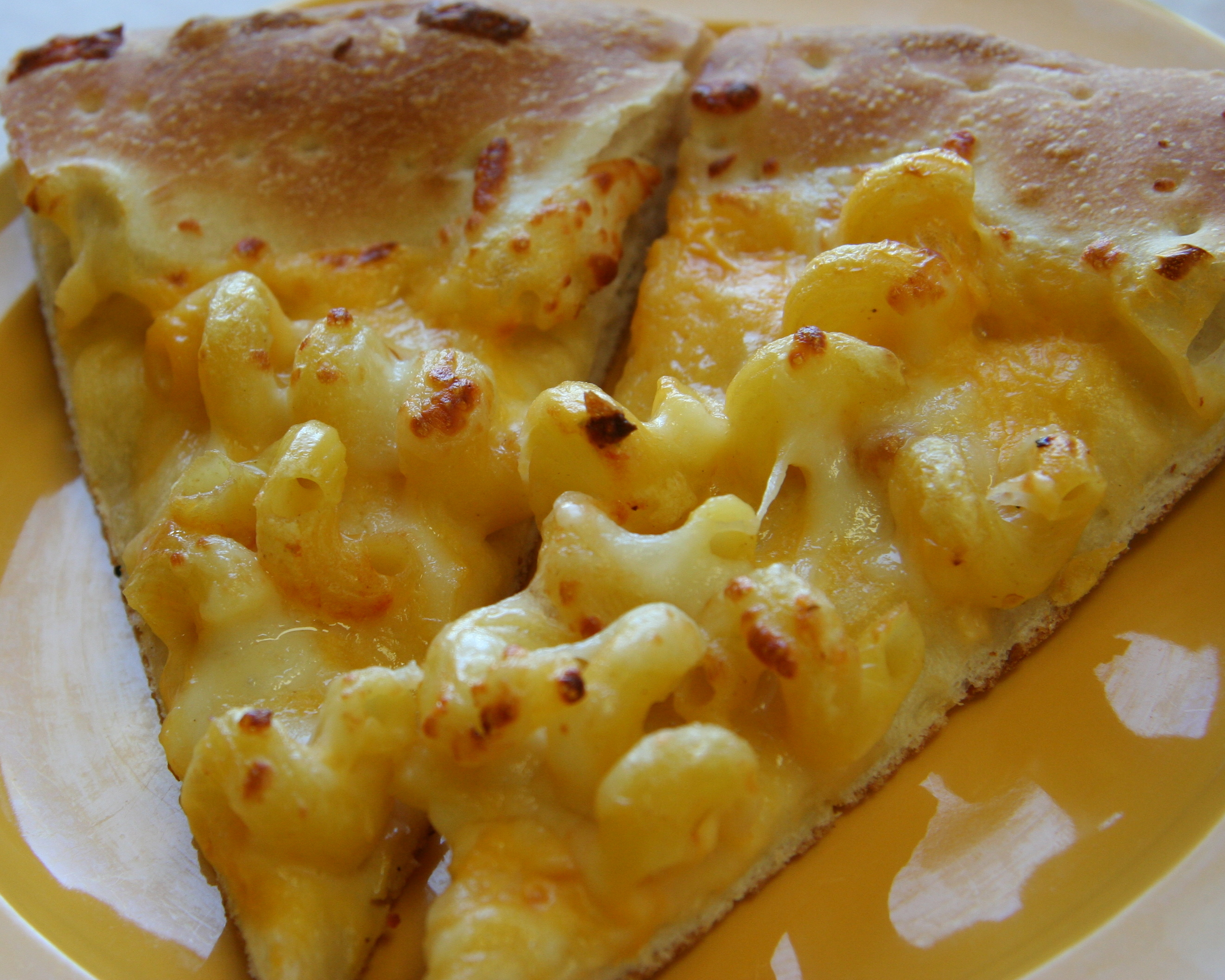 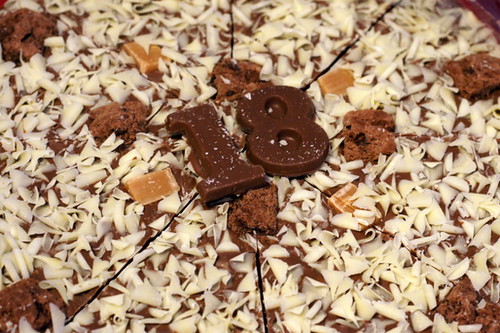 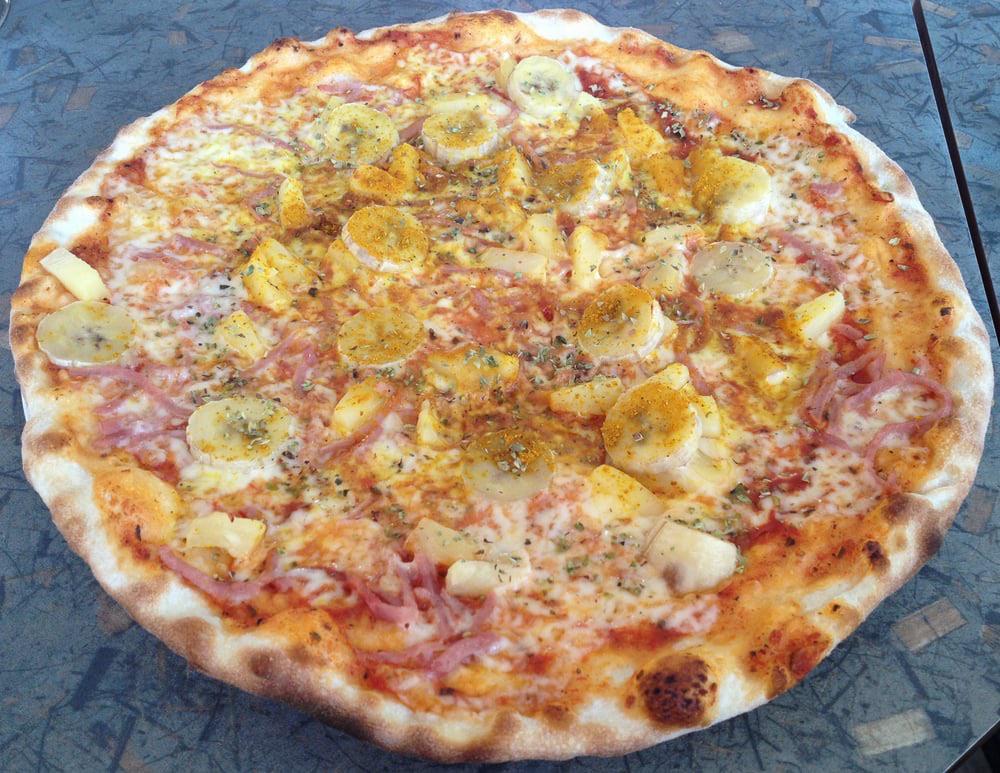 We all love to tuck into a tasty, tantalising pizza when we’re feeling hungry; but have you ever tried any strange, odd or unusual pizza toppings?

Pepperoni, chicken, onions, mushrooms, tomato and cheese are common ingredients that you’d associate with pizza perfection, however there are a number of other weird, wacky and unusual pizza toppings that you may not have tried. Take a look at some of these bizarre choices in our following list.

As you’re reading, ask yourself if you’d be willing to try out any of these pizzas or see if you’ve eaten any of these unusual pizza toppings before.

Have you ever tried a Heinz Ketchup base to your cheese on toast? It adds a delicious tang so it is no wonder people are keen to add it to their pizzas!

With Heinz ketchup as a base and American style mustard on the top of the pizza this could be a combination to fall in love with. Adding hot dog sausage to this also creates a pizza that tastes exactly like a hot dog, what do you think? A winner?

Go back 16 years, and do you remember the Heinz Baked Bean Pizza in the freezer aisle of your local supermarket? It was something of a 90’s icon!

Now it may seem like a highly unusual concept but if you have ever been a fan of tangy beans and melted cheese on toast it’s not hard to see the appeal. The delicious Heinz tomato sauce could go really well with melting cheese and tasty pizza dough!

Although it was removed from the shelves in 2003, it has made somewhat of a comeback recently. With a vegan pizza becoming available and showcasing the Heinz Baked Beans, it is definitely an unusual topping that couldn’t have been left off our list!

There’s nothing wrong with adding vegetables to your pizza, and in fact we condone the use of freshly chopped onions, mushrooms, peppers and tomatoes, but wait… peas?

We have to admit that this one is a little unusual, but maybe it feels strange because it’s not part of our culture. Most vegetables can be added to a pizza, right?

This rarity to UK pizza eaters is actually fairly common in Brazil, where peas are allegedly one of the most popular toppings to find on pizzas.

A cheese, tomato and pea pizza? Sounds pretty odd, but it’s certainly not the most unusual topping on our list.

No, it’s not a typo: one of the most popular pizzas in Russia is known as the “mockba”, which contains the following:

That’s not all, though: this pizza is traditionally served cold, too, which probably sounds even more bizarre than the list of ingredients.

This one’s definitely an acquired taste. Although it might not be the best one to have on a date!

Here at Papa John’s we love cheese; it’s one of the most fundamental ingredients of the traditional pizza as we know it.

The pizza itself is exactly as you’d imagine it to be: a normal slice covered right up the crust border with spirals of cooked macaroni and cheese on top.

The first few bites might taste a bit different to what you’re used to, but if you love pizza and you love macaroni cheese, you’ll be in your element.

This creature of the sea is a popular meal in many countries around the globe, but adding it to a pizza takes it to a whole new level.

Crab would form the primary ingredient in this seafood pizza and can be complemented by other toppings such as cheese, tomatoes, chilli and rocket.

Similar to the peas mentioned earlier in the list, this topping is more common in particular cultures or regions of the world, so if you’re used to traditional flavours this might be a new one for you.

Peeled, boiled, mashed and added to a pizza isn’t the way we usually think of enjoying potatoes, but this ingredient is another unusual topping that’s made it onto our list.

That doesn’t mean to say that it won’t make for a tasty topping, but isn’t mashed potato more suited to a meal like pie and vegetables?

Opinions on this one are divided. Some people might think that pizza and mash are the perfect partnership, while others may instantly state that it was never meant to be.

What do you think?

This may be one for the sweet-over-savoury fans out there, but chocolate on a thin pizza base is definitely the most bizarre pizza topping we’ve ever heard of.

More akin to a giant cookie than a pizza, this topping rejects the traditional cheese and tomato base and instead opts for a generous spread of melted chocolate.

Perhaps it’s one to try as a dessert after a real pizza so you have an excuse to try two, and at least then you wouldn’t simply be having a chocolate pizza for your dinner!

Apples? On a pizza – are you mad? We know that might well be your first thought. However, this tasty topping achieves the perfect balance of sweet and savoury – and maybe just a little bit sassy too. The crisp sweetness of the apples, creamy goats cheese, caramelised onion and maybe a little thyme…starting to make sense now isn’t it.

This rather eclectic pizza topping creation was the work of a food blogger on the rampage. It is literally everything that she had left in the fridge one late (and hungry) night. You might think at first that it sounds like a recipe for indigestion. Perhaps it is. But it’s also surely a topping combination to try at least once.

We have to be honest, this probably isn’t a topping that you’re likely to see on our menu any time soon. However, the incredibly exotic combo of crocodile, emu and kangaroo pizza (combined or as separate toppings) is apparently all the rage Down Under. Does this unusual meat taste ‘just like chicken’? You’ll have to sample it yourself to find out.

If you’ve ever gotten into an argument with someone trying to justify why being pro pineapple is a good thing then imagine the challenge you’d have setting out an argument for this crazy combination of flavours. Unless you’re talking to a Swede of course because this is a popular pizza topping in Sweden.

‘The Berlusconi’ is a pizza created by a Finnish company and named after the then Italian prime minister when it won the title of Best Pizza in The World in 2008. The smoked reindeer topped pizza was so popular it actually knocked the entries from the pizza motherland (Italy) into second place.

What if you just can’t choose when it comes to placing a food order? Thankfully, someone somewhere invented The Happy Meal Pizza – topped with burgers, friends and chicken nuggets – so you don’t have to.

This one’s for the foodies out there – you’ve had squid ink pasta and squid ink risotto; now it’s time for the squid ink pizza. As you might expect this pizza is black. Definitely one for a special occasion (or maybe Halloween).

It sounds like it belongs on the banqueting table of a stately home but this upper crust pizza topping actually has the potential to be pretty tasty. Rich cheese, juicy grapes and tangy pickles? We’ll let you decide…

Now there are some people who feel that putting horse on a pizza is the equivalent of a Chihuahua topping. Not the Danish though, they love it – horsemeat pizza is one of the most popular toppings in that Scandinavian country.

Coconuts are abundant in Costa Rica so it was only a matter of time before someone put them on a pizza. This certainly sounds appetising on a sweet pizza (chocolate spread, coconut and strawberries, yes please) – although if you combine it with Costa Rica’s second most popular pizza topping, shrimp, we’re not so sure…

This combination doesn’t sound like the most appetising taste in the world. However, you might change your mind when you realise that the noodles (layered and cooked) form the pizza base. If you love a good pho suddenly it has potential.

Alternatively, if you prefer the more traditional-tasting pizza, then why not place your order today on the Papa John’s website? There are plenty for you to choose from.

Don’t forget to check out Papa John’s offers and rewards too.