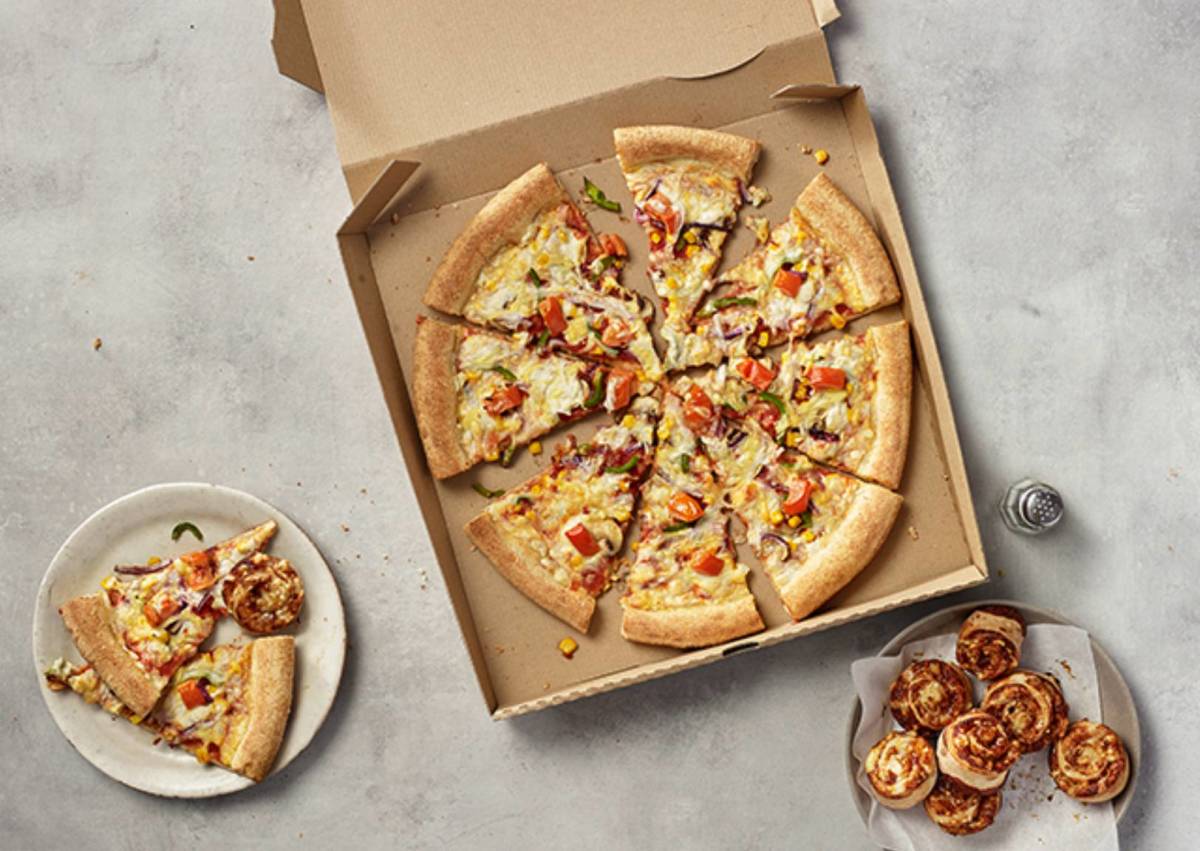 At Papa John’s we believe that we have the best vegan pizzas out there. Relax. Don’t get scared, there’s a lot of questionable vegan ‘pizzas’ out in the pizza sphere right now, that just don’t give your taste-buds what they need. We know that & have created 4 tempting vegan pizza’s you need to try. Oh yeah, we’re about to get full vegan up in here!

Next in line is the Hot Pepper Passion. You know we couldn’t ignore the vegan spice heads out there! This tingling pizza has a whopping 4 different peppers. Yes, four peppers. Why? Why not! I mean, the pizza is called Hot Pepper Passion after all. This pizza gives you red peppers, green peppers, green chili peppers & spicy jalapeno peppers. When we say it’s hot, we’re not lying.

Ok, I hear you; we have all these amazing flavorsome vegan pizzas, but where is the normal/regular/simple pizza? Right here, baby! Just good old Sheese & Tomoto. This is the vegan pizza staple if you’re feeling nervous about trying the other amazing vegan pizzas we have (which you shouldn’t) or you’re new to the vegan life. This is the pizza for you, simple, tasty & a classic.

Coming to you hot, tasty & steamy we have the delectable Vegan Hot Dog Pizza. This pizza is all tasty and all vegan baby! The Vegan Hot Dog allows you to enjoy the lovely taste of America with its Heinz Tomato Ketchup base, loaded with Vegan Sausages, onions & Heinz American style mustard. Oh wait, we can’t forget the main star of the vegan show, our signature/great tasting/elite Vegan Sheese. Check your local store to see if this bundle of deliciousness is available!

Our vegan pizzas are for everyone: meat-eaters, veggies or full vegans! There is no reason vegan pizza can’t be just as delicious and scrumptious as non-vegan pizza. Whether it’s the Vegan Hot Dog, Vegan Sheese & Tomato, Vegan Sheese Garden Party or the Vegan Sheese Hot Pepper, you’re going to be satisfied. Oder your Papa John’s pizza here!