Five of the Greatest Comebacks of All Time! 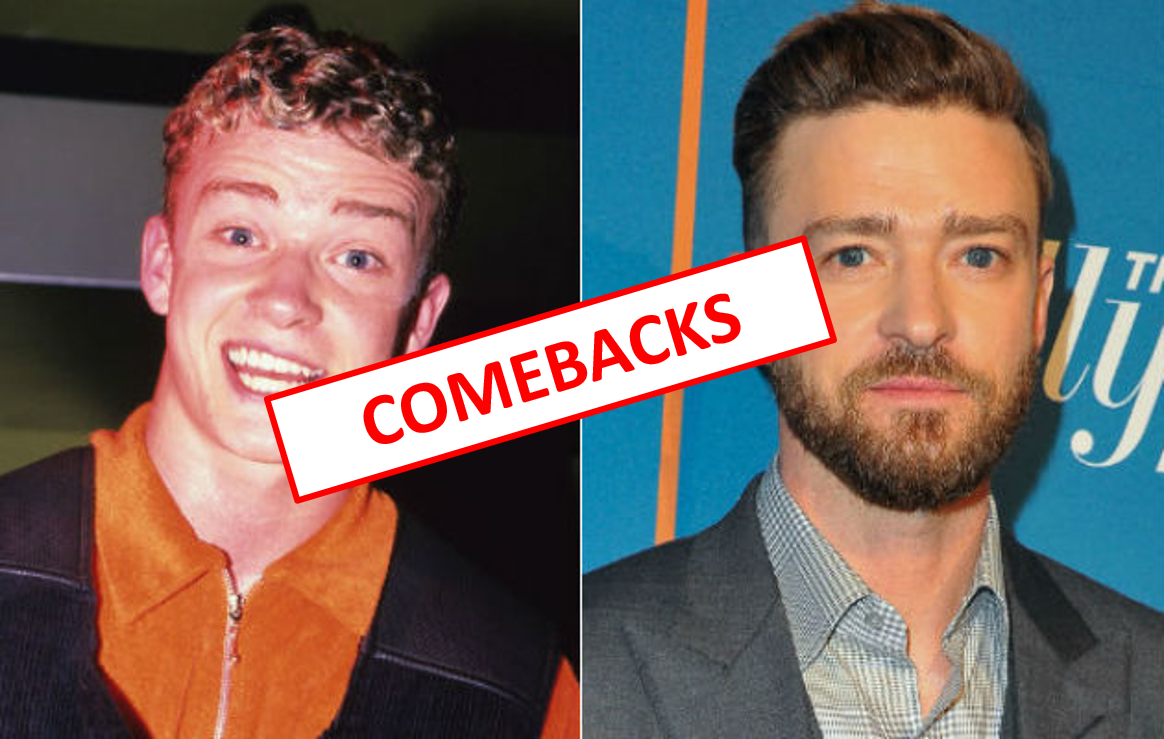 Successful comebacks are rare. In sport, once your legs have gone, you’re usually destined for the scrapheap; for celebrities, a poor decision can render your career complete. Only a tiny minority of comebacks end up being even remotely successful.

Fortunately, Papa John’s has a comeback guaranteed to be a hit! Welcome back Vegan Sheese®!

The Sheese® Returns! 🧀 Yes, you guessed it right! The dairy-free #vegan cheese is back on the menu! pic.twitter.com/bnwziNlMiY

Papa John’s is delighted to announce the return of Sheese®, the dairy-free vegan cheese and it’s on the way to your local store as we speak! People loved it last time…

Tried the new vegan papa john's tonight! I'm not a huge lover of the sheese style cheeses but it was nice! There's a pic on my Instagram stories for anyone interested 😎🍕 #papajohns #Veganoption

My thoughts on the Papa Johns vegan sheese and tomato pizza! 🍕 #Veganuary2019 pic.twitter.com/rfIdFYlfOx

But don’t worry – we have plenty to go around this time! And to celebrate our range of 100% vegan-friendly options, we’re offering a fantastic £18.99 meal deal, so say ‘yes pleese!’ to the Sheese®!

As the Sheese represents a winning comeback, we thought it would be fun to go through five of the best comebacks of all time from the worlds of sport, music and film.

In no particular order…

One band who nailed their comeback was Take That who, way back in 2006, reformed and released their first new material in more than a decade. Comebacks usually carry a degree of risk and uncertainty, but Take That’s reunion was as close to a sure thing as any. Prior to the release of new album Beautiful World the band had embarked on a reunion tour that sold out every venue they visited. The album sold 2.9 million copies in the UK and reached number one, and the band remains a massive draw to this day. Now that’s what you call a comeback!

This one is probably more a re-birth than a comeback. Justin Timberlake began his career on The Mickey Mouse Club, where he starred alongside the likes of Britney Spears & Christina Aguillera. In 1995, an era blighted by frosted tips, velvet sweatsuits and horrendously baggy jeans, Timberlake became a teen heartthrob with the pop group NSYNC. Despite massive success, Timberlake was not regarded as a serious artist by critics and was routinely brutalised in the lyrics of the 90s biggest hip-hop artist, Eminem. Despite this challenging start to his career, Timberlake successfully reinvented himself, going solo in 2002 and winning a Grammy for his debut album Justified. He’s gone on to work with some of the biggest names in urban music and pop and is among the most respected names in the business. Eminem has even stopped hating on him. Not bad for a guy who looked like this:

Ben Affleck’s career was seemingly over after his starring role in possibly the worst movie of all time. If you’ve never seen the movie Gigli, we recommend you keep it that way. Seriously. It’s a train wreck. Just look at these ratings:

Gigli took much of the shine off Affleck’s earlier work and while roles continued coming his way, it wasn’t until 2007 – fully five years later – that his reputation began to recover. That year, Affleck would make his feature-length directorial debut with Gone Baby Gone — a mystery-thriller co-written by Affleck and starring his brother Casey. Affleck’s rise hit a crescendo in 2012, when he won an the best picture Oscar for Argo — a film he directed, starred in, and produced. How do you like them apples?

Widely regarded as the greatest boxer – and one of the greatest athletes – of all time, Muhammad Ali has transcended sport. Ali was the first three-time heavyweight champion of the world. But Ali was a lot more than just a man who could fight well. Among other things, he was also master of re-invention. The man even changed his name mid-career! Born Cassius Clay, Ali changed his name during his drawn out protest against the Vietnam war. After being drafted into the military in 1967, Ali refused to fight and was subject to prosecution at the time. He was also stripped of all his belts and would not set foot in a professional boxing ring until 1971. His principled stand against the war had cost him his prime years, and, at 29 years old, many thought the champ was finished.

In 1974, Ali faced off against heavyweight world champion George Foreman in a fight nicknamed “The Rumble in the Jungle.” Ali was a huge underdog and spent much of the fight on the back foot until, in the eight round, with Foreman exhausted, Ali came alive and won the fight by knockout. To this day, the fight is considered a defining moment of his career.

We may be saving the best to last here… In 1993, Michael Jordan had just won his third NBA Championship in a row, to go along with his third-successive Most Valuable Player award. He was the biggest name in American sport, the dominant force in the NBA and one of the most famous men in the world. Then, aged 30, he retired.

Determined to make it as a baseball player as a homage to his late father, Jordan left the NBA at the very height of his powers. Two years passed with Jordan struggling to make an impact in baseball. Then, in 1995 he decided it was time to return the the sport he knew best. Jordan announced his return in the most Jordan-esque way possible, with a two word press release: